OBD II fault code U2510 is a manufacturer-specific trouble code that is defined by carmaker Ford as, “Received Data Does Not Match”, or sometimes as “Invalid data for Vehicle Security” and is set when the PCM (Powertrain Control Module) detects or receives unexpected data from a defective, malfunctioning, or incorrectly programmed ignition key fob.

NOTE: The different definitions for code U2510 mean the same thing, which is that the PATS (Passive Anti-Theft System) in the vehicle does not recognize the security passcodes and other security-related information being transmitted from a key fob when the key is inserted into the ignition lock.

The security systems in modern vehicles are exceedingly complex to prevent unauthorized access to the vehicle, and in the case of late-model Ford applications, the PATS system is perhaps more complex than similar systems on other vehicle makes. Since limited space precludes a comprehensive discussion of the finer details of the inner workings of PATS systems on Ford applications, we can only provide some details on how this works in general terms. Thus, here is the short version of what code U2510 means-

In practice, all control functions, i.e., whether (or not, as the case may be) the PATS system accepts the information transmitted by the key fob is located in the PCM, various other control modules, most notably the TCM (Transmission Control Module) and the ICM (Instrument Cluster Module) are programmed to monitor the transmission of security data by the key fob. As a practical matter, though, these and all other implicated control modules are each programmed with unique security information, and all implicated control modules expect to receive information that matches their unique programming from the key fob.

In terms of practicalities, this is the minimum requirement for the vehicle to start. Only when the checksum is accepted will the PCM and other control modules close the starting circuits to allow the vehicle to start, assuming of course, that no fuel pressure or ignition timing issues are present.

So, should a programming error, corrupted programming, or certain kinds of electric issues occur that causes the PCM and other control modules not to accept the information transmitted by the key fob, the PCM will interpret this as an attempt to gain unauthorized access to the vehicle, and it will set code U2510, illuminate warning light, and disable the starting circuits, as a result.

Where is the U2510 sensor located? 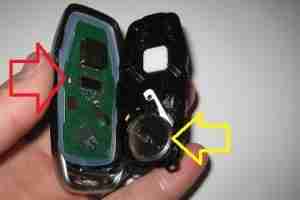 Note that in all cases, the security information that is programmed into the microprocessor could be lost or corrupted when the battery in the key fob is damaged or discharged to below a minimum allowable threshold.

What are the common causes of code U2510?

The possible causes of code U2510 are many and varied, and could include one or more of the following-

Failing to perform a battery integration procedure after a battery replacement

Typical symptoms of code U2510 are largely similar across all Ford applications, and could include one or more of the following-

NOTE: Diagnosing the above issues typically requires both the use of advanced diagnostic equipment and above-average knowledge not only of the PATS system but of several related and closely integrated systems as well. Therefore, we do NOT recommend that non-professional mechanics attempt any diagnostic and/or repair procedures on the PATS system because of the high risk of inadvertently causing more damage to the vehicle’s electrical system.