In the modern automatic transmission, most functions have ceased to be driven purely hydraulically. At its core, it still uses hydraulic pressure to engage and disengage gear positions, but electronic sensors and actuators have taken over much of the everyday operation of the system. The transmission control module (TCM) may or may not be separate from the engine control module (ECM), and is responsible for the operation of the automatic transmission, including torque converter operation, pressure regulation, gear positions, and self-monitoring.

Some of the principal sensors that the TCM uses to control and monitor automatic transmission operation are the input and output speed sensors, as well as the engine speed sensor (RPM), from the ECM. Aside from using these sensors to control clutch and brake pressure, engagement, and timing, it can use this information to determine the condition of the brakes and clutches and confirm the operation of the transmission. For example, if the TCM commands torque converter lockup, it would expect to see RPM and TSS (turbine speed sensor) to be equal. Similarly, if the TCM commands 3rd Gear, it can calculate that output shaft speed should be a certain percentage of TSS speed. If there are differences, usually lower speed than expected, the TCM would flag this as a fault in the transmission. 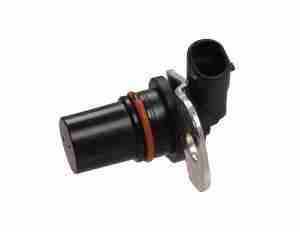 The TCM also monitors the turbine speed sensor itself for problems, which it would expect to find in a certain range and change speeds at a certain rate. If the TCM detects problems with the TSS or TSS circuit, it will set a diagnostic trouble code (DTC) in memory and command the ECM to illuminate the check engine light. Usually, in the case of DTC P0716, “Input/Turbine Speed Sensor Circuit Range/Performance,” this refers to an unstable or intermittent signal, perhaps no signal at all, depending on the automaker’s specific programming. Additionally, DTC P0700, “Transmission Control System Malfunction,” may be set, simply an informational code regarding a problem with the TCM.

Depending on year, make, and model, DTC P0716 may have number of causes. Here are some of the most common.

Aside from the CEL, and depending on specific TCM programming, a failure in the TSS circuit may be accompanied by harsh shifting, locking out certain gears, poor performance, or poor fuel economy. You may notice no drivability problems at all, but this is not common.

Because this DTC generally describes a circuit problem, you will need to use a DVOM to check for problems in the TSS circuit between the sensor and the TCM. Most TSS are mounted on the transmission housing, which makes the easily accessible, but also makes their connectors easily damaged, either physically or by water intrusion. Also, it does one good to note that most TSS are of the three-wire type, including 5 V reference, ground, and signal wires. The TSS senses a reluctor ring, which it uses to send a speed signal to the TCM. 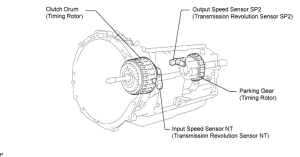 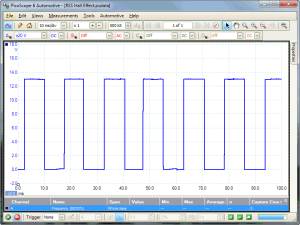 Where is the trans. input shaft speed sensor located on a 2001 Grand Prix se?