The internal combustion engine needs three basic things to start and run: air, fuel, and spark. With regards to this DTC (diagnostic trouble code), we’ll be focusing on fuel. The fuel system includes the fuel tank, a low-pressure fuel pump, sometimes a high-pressure fuel pump, fuel tubes and hoses, a fuel pressure regulator, and the fuel injectors. The fuel pump and fuel injectors are operated electrically and electronically, so there are also fuses, relays, and a controller for these. Usually, the controller is part of the ECM (engine control module), though some vehicles, such as some diesels, may have a separate fuel injector driver module.

To ensure proper fuel system function, everything needs to work in concert. If there is insufficient fuel pressure, the fuel injectors won’t be able to deliver fuel properly, for example. Insufficient fuel pressure can be caused by any number of electrical problems. The ECM monitors the fuel pump relay circuit for voltage. If voltage malfunctions, it will set DTC P0230, which is defined as “Fuel Pump Relay – Circuit Malfunction.”

Depending on year, make, and model, DTC P0230 may have number of causes. Here are some of the most common.

Depending on the nature of the fault and the failure mode, the MIL (malfunction indicator lamp) will illuminate, but you may or may not notice any drivability symptoms. The engine may not start, or start and then stall. Concurrent DTCs may include fuel system lean or misfire codes, if the fuel pump is not operating at full capacity.

A circuit malfunction indicates there is a problem in the circuit, not necessarily in the sensor or actuator, in this case the fuel pump. Do not jump to replace anything unless it has been tested and found faulty. For example, replacing the fuel pump will not solve this problem unless the fuel pump is shorted internally.  You’ll need a DMM (digital multimeter) and an EWD (electrical wiring diagram) to diagnose and repair this problem.

If the relay swap doesn’t work, put the relays back in their original positions. 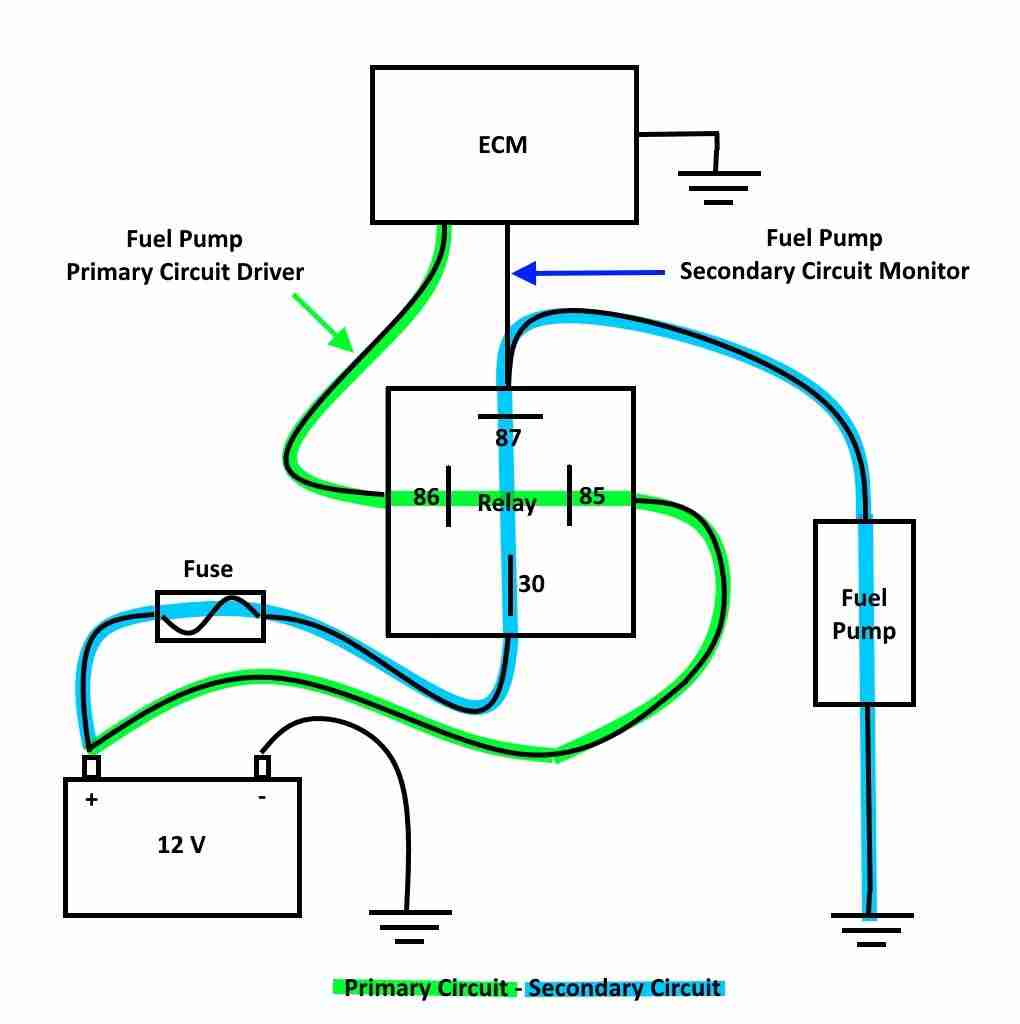 Hello, what does it mean when the car says p0230-05 fuel pump primary circuit high? The error only pops up when im using more fuel then normally. If i drive slowly it disappears.
One morning the eng.check lamp lit up an i had no horsepower. I continued driving and eventually the power came back to a normal level. And the light turns of if i drive slow.
I already ordered a Dieselfilter and a new Relais.
The Fuel pump starts normally for a few seconds after i turned the key ones.
Im looking forward to hearing from you.
Alwin Seidel.

Alwin. Hello. Im not too familiar with opel vectras, but in most cases this code is for the primary fuel pump circuit. The possible causes for this code can be for the fuel pump relay; i.e the low side switching part of the relay, or high. It could also be the wiring harness going to the fuel pump. If all these check out okay, I would look into the ECU being the problem. It sounds like maybe the relay may be cutting out under heavy load and heavy fuel demands. I hope this helped you and good luck.

Hi, i tryed a new relay. Wasnt it. The old one lookes brand new. Then i took a look in the check book to see when the Diesel filter was changed. Its due after 60.000 km but the previous opel service shops changed it far earlier every time. So i did to. (After 25tkm). The error never showed up again and i think the car drove faster. But i never drove under high load at high temperatures with an empthy tank since then. I suspect the fuelpump isnt the best anymore and the diesel filter is very dense. So normally it already draws more current. And in the worst case, the ecu somhow notices that thats too much. Maybe the ecu cut the power to the relay because of overloade. Idk. I don’t have a manual. Ill try not to drive with an empthy tank so my fuelpump doesn’t die. Thanks for the reply never thought someone would answer.