OBD II fault code P0136 is defined as “Oxygen Sensor Circuit Malfunction (Bank I Sensor 2)”, and is set when the PCM (Powertrain Control Module) detects a voltage or signal from or to the #2-oxygen sensor that does not fall within predefined specifications. In this definition, “Bank 1” refers to the bank of cylinders that contains cylinder #1, while “Sensor #2” refers to the oxygen sensor that is located downstream, or after the catalytic converter.

An electrical resistance of about 8 – 12 Ohms is typical for this circuit, and a deviation of around 10% to either side of this value will set code P0136 and illuminate a warning light. Note however that these values may differ from one application to the next: always consult the manual for the application being worked on for the exact code setting parameters for that particular application. Note also that some applications require several fault cycles to occur before a warning light will be triggered. 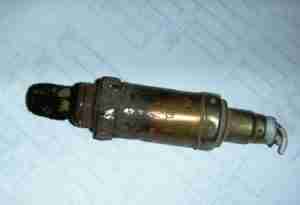 Common causes of code P0136 are much the same across all applications, and could include the following-

NOTE #1: Diagnosing code P0136 requires that the engine be in perfect running condition. The fuel/air ratio must be delivered at the ideal 14.7: 1 ratio, there must be no misfiring codes present, and there must be no vacuum or exhaust leaks present. If any air/fuel metering codes are present along with P0136, these codes must be resolved in the order in which they were stored before attempting a diagnosis of this code. Failure to do this will almost certainly result in a misdiagnosis and many hours of wasted diagnostic time.

NOTE: Applications that are known for their high oil consumption rates such as BMW, Audi, VW, and Mercedes-Benz products, among others, can cause oil fouling of the upstream oxygen sensor and damage to the catalytic converter, which in turn, can cause the downstream (#2) sensor to produce misleading readings. On these applications, removal and inspection of affected oxygen sensors should be a first step in diagnosing code P0136.