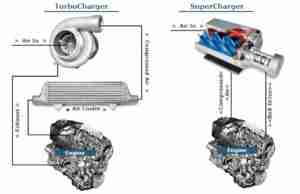 In addition to service/check engine soon lamp illumination, code P0047 may lead to the following symptoms:

If the PCM detects a turbocharger/supercharger boost control solenoid circuit voltage signal that is low or detects an actual low boost pressure condition (under programmed conditions), a P0047 will be stored and a service/check engine soon lamp may be illuminated. 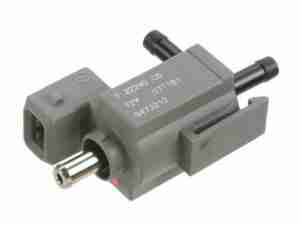 Hi, my Ranger I got it in Dubai, I sent it to Philippines where i’m working now, car lose power on 4000RPM wrench tool come on in dash saying check manual. I turn ignition off and on again and great, but if goes up to 4000RPM same problem again, sometimes comes up when stuck in traffic, I changed the actuator got better but still comes on at 4000RPM, ford say must change turbo… bulls…t, turbo its fine, ITS NO LEAKS… The Ford main dealer are a bunch off incompetents, I took to this turbo specialists in Manila and they are great, they said both actuators are good, turbo good, piping good, no leeks, it can be a problem with the wiring harness in the car but they cant help, must be a auto electrician… i’m stuck as I can not find no one… if someone have the same problem please advise, im desperate. Thanks a lot

Someone’s going to have to check the wiring between the PCM and the Boost Control Solenoid, as well as the solenoid itself. If it’s an aftermarket solenoid, the Ford controller might not like it.

Hi I have Chevrolet Captiva 2.0 .There turbo actuator not making boost and very low pickup .In my car, Electronic Actuator present.in Scanner reading boost ,the boost going in vaccum I check the turbo pipes no air comming before 4000rpm .I tried to move the Actuator vanes after disconnecting their connecting rod with actuator. Car works wow after moving manually.But I want that ecm will move by their self .Tell me what I do

where can we find the boost control solenoid?

THERE IS ALSO MY PROBLEM P0034, AFTER MY CHANGE TURBO CHARGE NEW LIGHTS REMAIN ILLUMINATED.
Thanks and regards…
Isuzu elf 2013

Thanks for checking out the site, Mo.
Did the intake hose blow off or was it just loose? The reason I ask is that those TD4 engines are notorious for cylinder head problems. A blown intake hose could be an indication that you have such a problem.

Hi Stephen,
Sorry for the late reply, nothing was blown off i have m47 bmw engine 80kw , it was just a lose clipper connecting the hoses, then cleared the error it worked fine all summer, winter here, error comes back again, p0047 engine runs fine just from time to time rpm on idle jumps up and down but not extreme just a bit, changed all filters and oil , no rusty or cruded wires, battery connection and cables are fine even i sanded it, no clear reason, i guess i will end up sending it to landrover approved service cause bmw guys know nothing about it just came back and its completely an alien job to them.

THERE IS ALSO MY PROBLEM P007, AFTER MY CHANGE TURBO CHARGER NEW LIGHTS REMAIN ILLUMINATED.
Thanks and regards.
diogo

Diogo-
Double check all your connectors and the harness between the ECM and boost control solenoid. The solenoid might also be burnt out.
-Ben

Hi howzit?
got 0047, intake hose was lose reconnected it, remvoed the error after a week or so appeard again, engine run smooth, idle fine, accelerate fine, seems that there’s no problem but the error freaks me out.
Landrover freelander 2005 diesl 4TD

I would say you have to recheck your connections, make sure they are properly connected (red/red white/white or whatever) soldered and shrink-wrapped to prevent short circuits. You can bench-test the solenoid to see if it works, as well. “Circuit Low” means you have a short circuit somewhere, either in the wire repair you just did or in the solenoid itself.