OBD II fault code P1315 is a manufacturer specific code that is defined by carmaker Toyota, and Lexus in particular, as “Igniter Circuit Malfunction No.4.”  This code refers to a malfunction in the ignition system, with the malfunction being the lack of an IGF (Ignition Feedback) signal between the igniter (also known as an “ignition module”), and the PCM (Powertrain Control Module). “No.4” refers to the ignition circuit of cylinder #4.

This is the voltage that passes through the sparkplug to produce the spark that ignites the air/fuel mixture. However, the PCM needs to know that ignition in that cylinder had actually occurred, which is why the igniter generates an IGF (Ignition Feedback) signal after it had interrupted the primary signal. The PCM continuously monitors this feedback signal for all cylinders, and when it detects that the feedback signal from one or more cylinders is not being generated, it will disable the fuel injectors on affected cylinders to prevent damage to the catalytic converter(s), set code P1315, and illuminate a warning light. 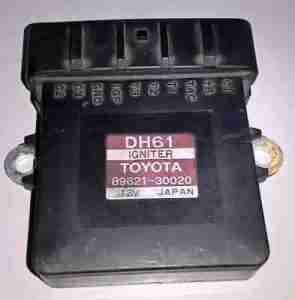 What are the common causes of code P1315?

Common causes of P1315 could include the following-

Depending on the application and the exact nature of the problem, and apart from a stored trouble code and an illuminated warning light, typical symptoms of P1315 could include the following, but note that not all symptoms listed here will always be present on all applications-

How do you troubleshoot code P1315?

SPECIAL NOTES: Code P1315 often appears soon after a vehicle had been serviced. When this happens, the cause is often nothing more serious than a connector that has not been engaged and locked properly, or a spark plug that has not been gapped correctly. However, the gaps on many types of spark plugs are fixed, and cannot, and should not be tampered with. Doing so could cause the sparkplug(s) to fail unexpectedly, so when this code appears soon after the vehicle had been serviced, be sure to check that all connections are tight, the gaps on all spark plug electrodes are as per specification, as well as that the correct spark plugs had been installed. END OF SPECIAL NOTES.

NOTE #2: Diagnosing and repairing code P1315 correctly requires that the engine be in good mechanical condition. For instance, the compression on all cylinders should be within the range specified by the manufacturer, and the fuel injection system must be in perfect working order. If needs be, perform a cylinder compression test on all cylinders before starting a diagnostic procedure for P1315, but ensure that all fuel system related codes (if any are present) are resolved before performing the compression test to obtain the most accurate results.

Note however that misfires caused by low compression will not necessarily set code P1315 or its related codes, but be aware that it is sometimes difficult to verify that P1315 (or related codes) had been successfully repaired when misfires due to other reasons are present.

NOTE #3: Since diagnosing P1315 involves some pinpoint testing at various connectors, a pin-out diagram for the application being worked on is a required item, as is a proper repair manual and a good quality digital multimeter. An oscilloscope can also be useful, but is strictly not required. 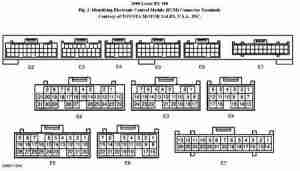