When I have diagnosed a stored code B1208, it has always meant that either the instrument panel controller (IPC), body control module (BCM), or the powertrain control module (PCM) has detected a problem with a particular electronic instrument cluster (EIC) switch assembly. This particular code indicates that a circuit within the switch assembly has shorted to ground. 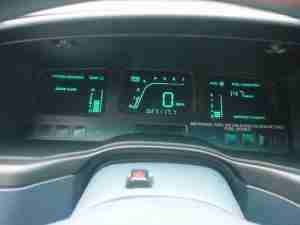 In automotive related electronic instrument clusters, there are typically two (manually operated) switches integrated. The first of these switches is used to reset the odometer trip counter and the second is used to convert the display from standard to metric units of measure. Switch-1 denotes one of these switches but is not uniform across all makes and models. What is referred to as Switch-1 in one particular vehicle may be referred to as Switch-2 in another, of a different make (and vice-versa). Consult a reliable vehicle information source, such as All Data DIY for specifics as they pertain to the vehicle in question.

The switch which controls the level of instrument panel illumination (when the headlamps are on) is typically integrated into the headlamp switch.

If a shorted circuit in the designated EIC switch is detected by the BCM, or one of the other controllers, a code B1208 will be stored and a service engine soon lamp may be illuminated. In some models, instrument panel data illumination may be dimmed in order to make the driver aware that a malfunction has been detected and a code has been stored in the BCM.

What are the common causes of code B1208?

How do you troubleshoot code B1208?

To successfully diagnose a code B1208, I would gain access to a diagnostic scanner, a digital volt/ohmmeter (DVOM), and a vehicle information source like All Data DIY.

In every instance that I have been faced with diagnosing a B1208, the designated switch was not only integrated into the EIC, but it was also not serviceable as a separate component. In order to help you avoid a long and drawn out diagnosis, begin by using the DVOM to check system fuses to see if any are blown. If there are blown fuses, consult your vehicle information source to see if the EIC is included in the same circuit. If it is; replace the fuse and see if it immediately blows again when the ignition switch is placed in the ON position. If it does: turn the ignition switch to the OFF position and carefully remove the EIC from the dash. Unplug the EIC electrical connector/s completely. Now, replace the fuse and turn the ignition back to the ON position. If the fuse does not blow, you know that the malfunction exists inside the EIC. Most automakers provide remanufactured EIC units at somewhat reasonable prices (depending upon manufacturer). Most replacement EICs will require the vehicle identification number, accurate mileage, and a core. In some cases, the IPC or BCM may need to be reprogrammed as well. 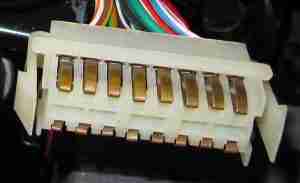 If the fuse continues to blow after removal of the EIC, leave the EIC disconnected and disconnect all related controllers. Use the DVOM to test all individual circuits in comparison with manufacturer’s specifications and repair or replace any circuits which fail to comply.

Use the scanner to retrieve codes and clear them as required.

BAT Team Discussions for B1208

None found. Ask a question about B1208.
1 1 vote
Article Rating
Subscribe
Login

EIC is Electronic Instrument Cluster. The DTC refers to a circuit problem in one of the switches – Reset, Setup, Info, and Select, which are used to control the Message Center. On Ford vehicles (maybe others?), these switches are hardwired into the cluster. The DTC is referring to a short-to-ground on one of the wires feeding the Reset and Setup switches.